Welcome to the second “God, I Hope I Get In!” Back by popular demand, this online music-theatre intensive provides students, parents, teachers, & coaches with a proven game plan for college-audition success. Featuring nationally-recognized Broadway performers, renowned faculty from top-10 MT program universities, and terrific coaches from around the United States, this online workshop will empower high-school students to effectively audition for BFA/BAs in acting and MT. 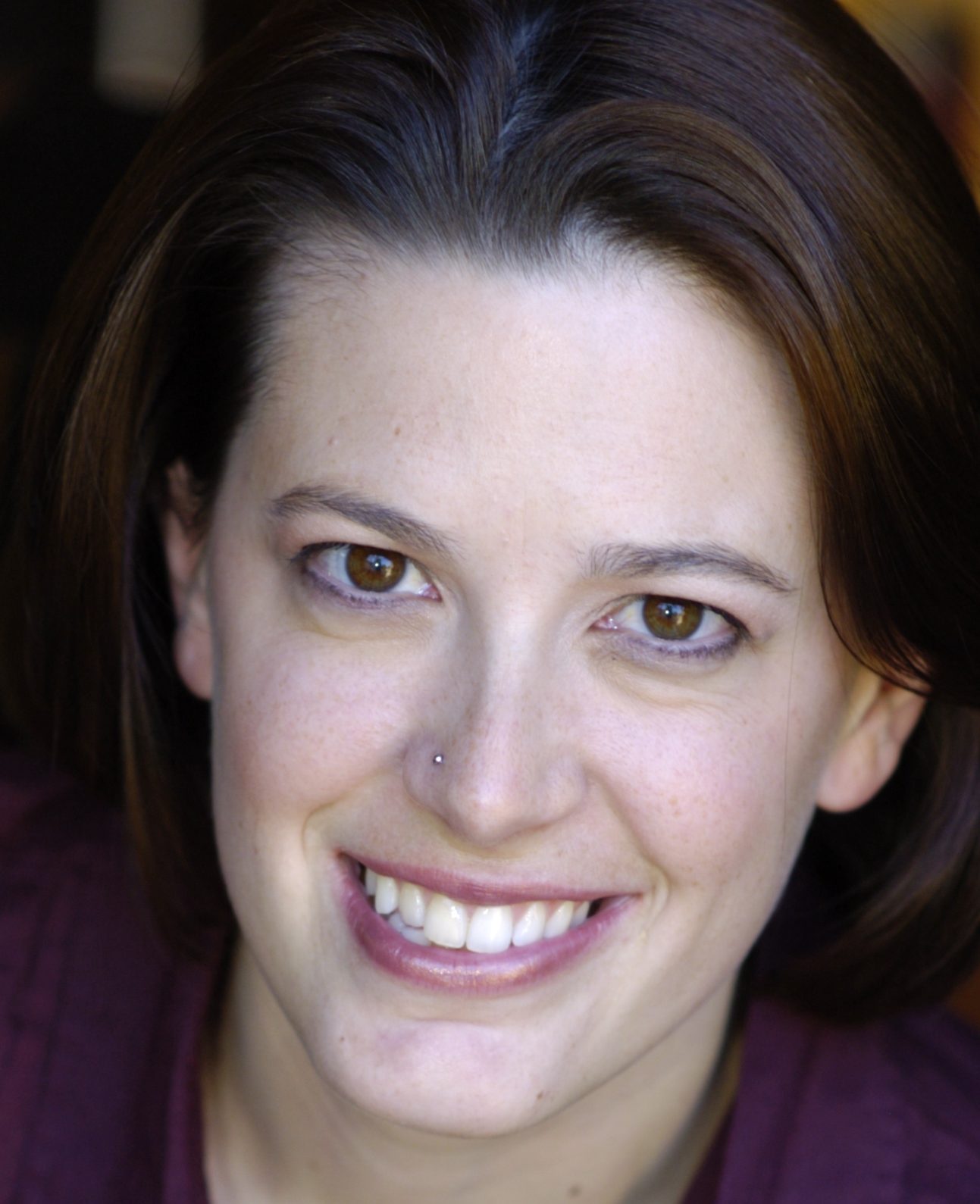 I had so much fun at the "God I Hope I Get In" workshop with Dr. Tracey Brent-Chessum. As a first-time college auditioner, in a family unfamiliar with the BFA audition process this helped me drastically in preparation for the fall of my senior year. Dr. Tracey gave insight on everything from how to interact with the accompanist to how to transition from the "I'm auditioning for you" mindset to the "I'm telling a story" headspace. She also gave incredible feedback on my songs and monologues that I went on to use in all of my auditions. Most of all I loved this experience because it gave me a chance to connect with other kids who were going through the same process as me in pursuit of a BFA.

A few of the many topics we'll explore in these jam-packed 4 days:

Am I a good fit for this 4-day intensive?

If you will be entering 9th, 10th, 11th, or 12th grade in Fall 2021, and you want to get accepted into a college theatre or MT program, then YES! You need this online workshop!
What should I send in to apply for this intensive?
Two contrasting 16-bar cuts and one monologue (60 seconds or less)
What does it cost?
The Early Bird rate (extended to the first 10 students to apply) is $765. The cost after that is $865 for the remaining applicants.
What do I need to have ready for "God, I Hope I Get In!" on the first day?
You need two contrasting 32-bar cuts and one monologue (90 seconds or less). You also need to have alternate song cuts and monologues in your book ready to go, along with the accompaniment tracks that go with the song cuts.
What technology do I need to attend and perform throughout this online workshop?
--a computer or tablet with an internet connection (we highly recommend using ethernet if at all possible)
--piano-based accompaniment tracks for your 32-bar cuts
--a second device to play your accompaniment track while singing live/coaching in workshops
What if I can't attend and I've already paid for the workshop?
The first $250 of your payment (regardless of whether you choose the full payment or 2-payment option) is non-refundable. This is because all of our visiting faculty and tech people are under contract with us, and it's the tuition that pays for their contracts. If you contact us by no later than May 1 (11:59 pm EST) to let us know you can't attend, we will refund your tuition minus $250.

We heard so much positive feedback from the teachers & coaches who audited the in-person event last time that we are offering this opportunity once again!

Dr. Tracey Brent-Chessum is Chair of the Department of Theatre at Brenau University, and the Associate Artistic Director of the Gainesville Theatre Alliance (a unique partnership between Brenau and the University of North Georgia).  She was the Managing Artistic Director of Pallas Theatre Collective in Washington, D.C. until 2019, and has taught on the faculties of Ball State University and Point Park University.

Rick Edinger is an accomplished music director, vocal coach, pianist, and actor. Currently, he serves as Associate Professor of Musical Theater/ Vocal Coach/ Music Director and Co-Chair of the Diversity, Equity, and Inclusion Committee at the Carnegie Mellon University School of Drama. Edinger began his career as an actor, appearing in the 2004 Tony-nominated Broadway revival of Pacific Overtures and the Broadway benefit concert production of Children and Art: A Tribute to Stephen Sondheim on the Eve of his 75th Birthday. He has served as music director, vocal coach, faculty, consultant, and/or accompanist for numerous projects at institutions across the US and Europe.

Geoff Packard is an assistant professor of acting/directing at the University of Michigan, Ann Arbor. As an actor, Packard has been seen on Broadway in Bandstand, Matilda, Rock of Ages, and Phantom of The Opera, as well as the first national tour of Wicked. He has been featured with theatres such as The Old Globe (San Diego) Papermill Playhouse, Goodman Theatre, Arena Stage, Shakespeare Theatre (D.C.), Ford’s Theatre, Lookingglass Theatre, Signature Theatre (DC), Huntington Theatre, Court Theatre, Bucks County Playhouse, KC Rep, and Goodspeed Opera House.

Brian Ray Norris is best known for his role as Mr. Krabs in SpongeBob SquarePants: The Broadway Musical and in the Live special on Nickelodeon. Brian has been a performer for thirty-plus years as an actor on stage, film, and television and is thrilled to be working with the next generation of actors, singers, and dancers, like you!

Chelsea Packard is an assistant professor of musical theatre at the University of Michigan, specializing in private voice instruction. Packard duetted with Kristin Chenoweth on the song "Enough is Enough" on the PBS Live recording of her concert Home. She sings with the GRAMMY-nominated gospel choir Broadway Inspirational Voices and was heard on the NBC series Smash any time there was a singer ensemble. The original “Woman 2” in Pasek and Paul’s Edges, Packard was featured on the Edges cast recording.

Michael Lavine is a widely-acclaimed musical director, performance coach, and sheet music archivist in New York City. He has taught with programs in Australia, Switzerland, Shanghai, and many other cities around the world, as well as on both the east and west coasts of the United States. He is also a producer on the Lost Broadway recording series.

See her bio below

See her bio below 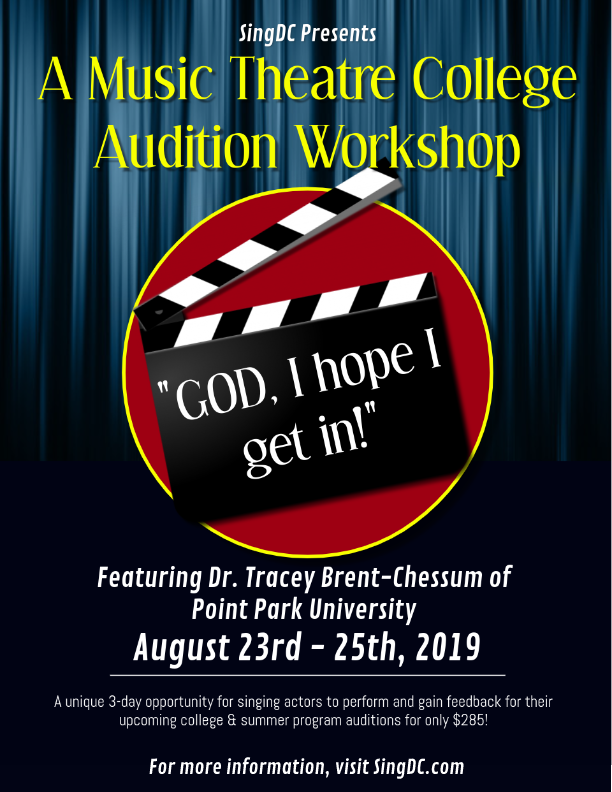 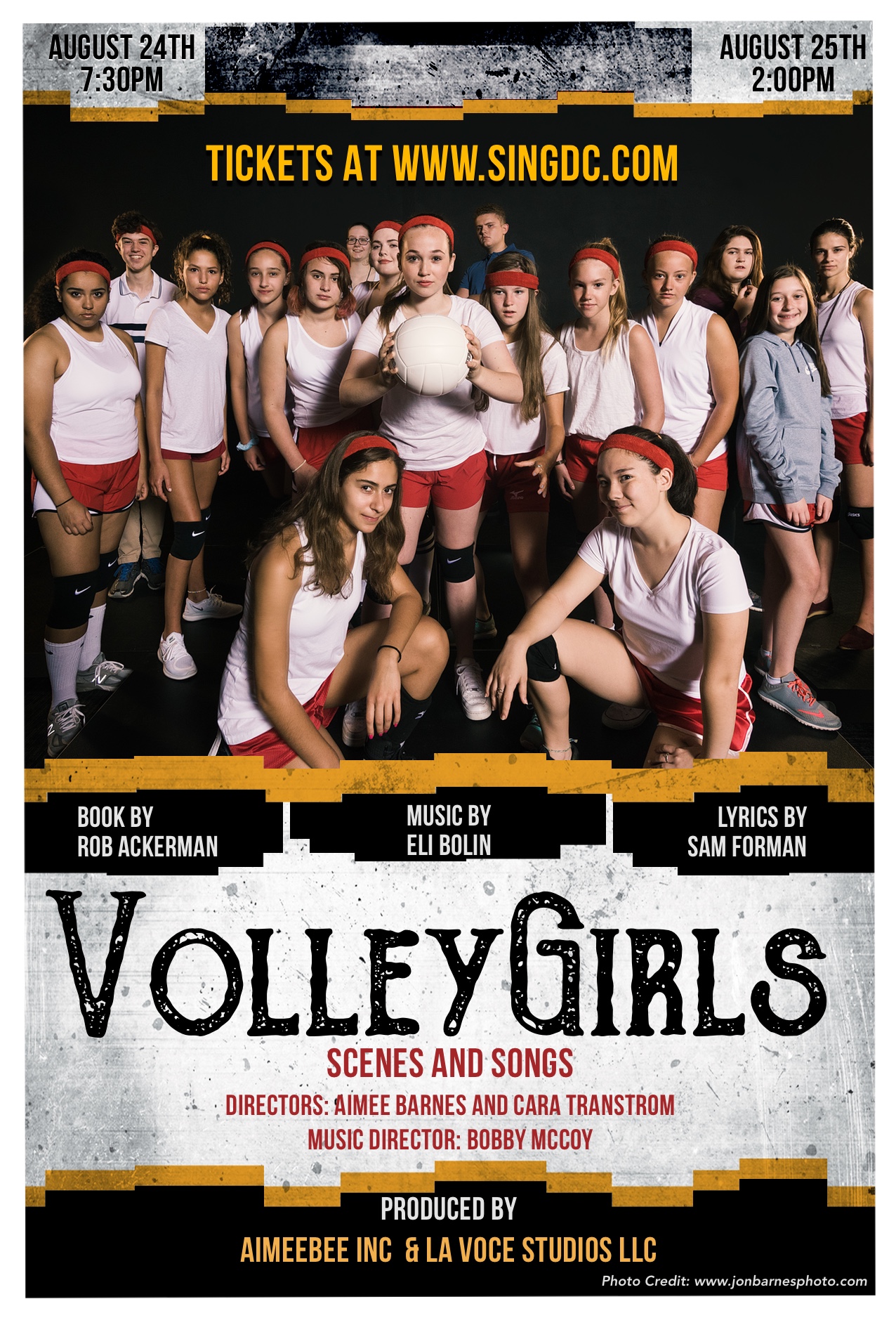 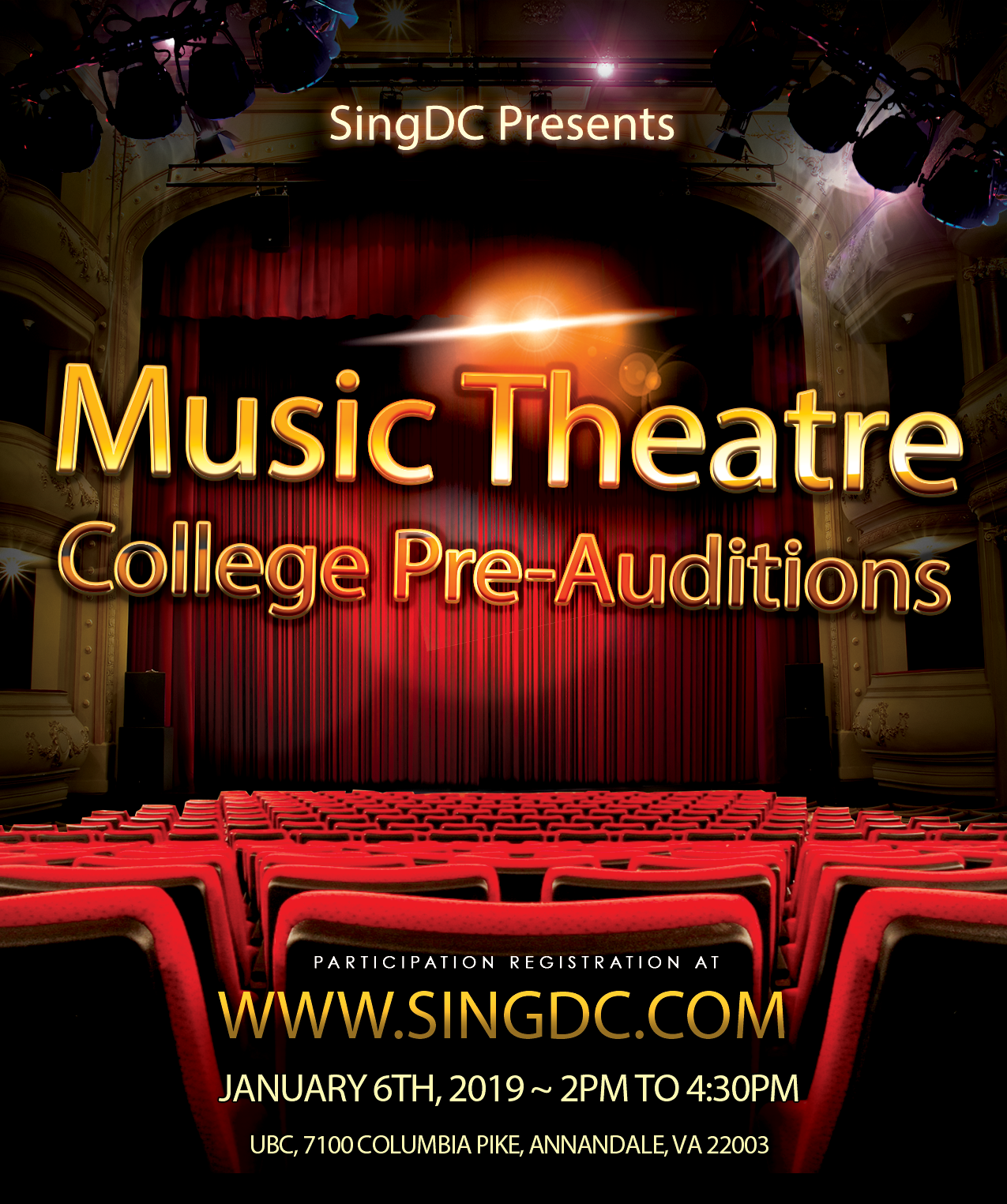 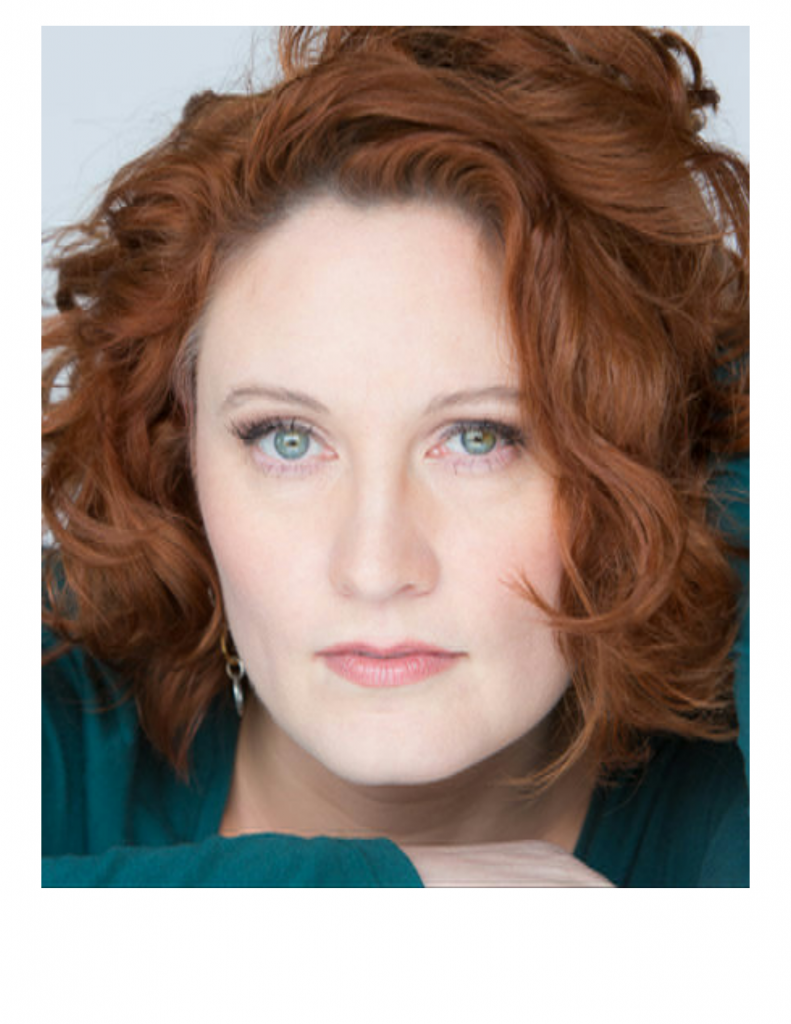 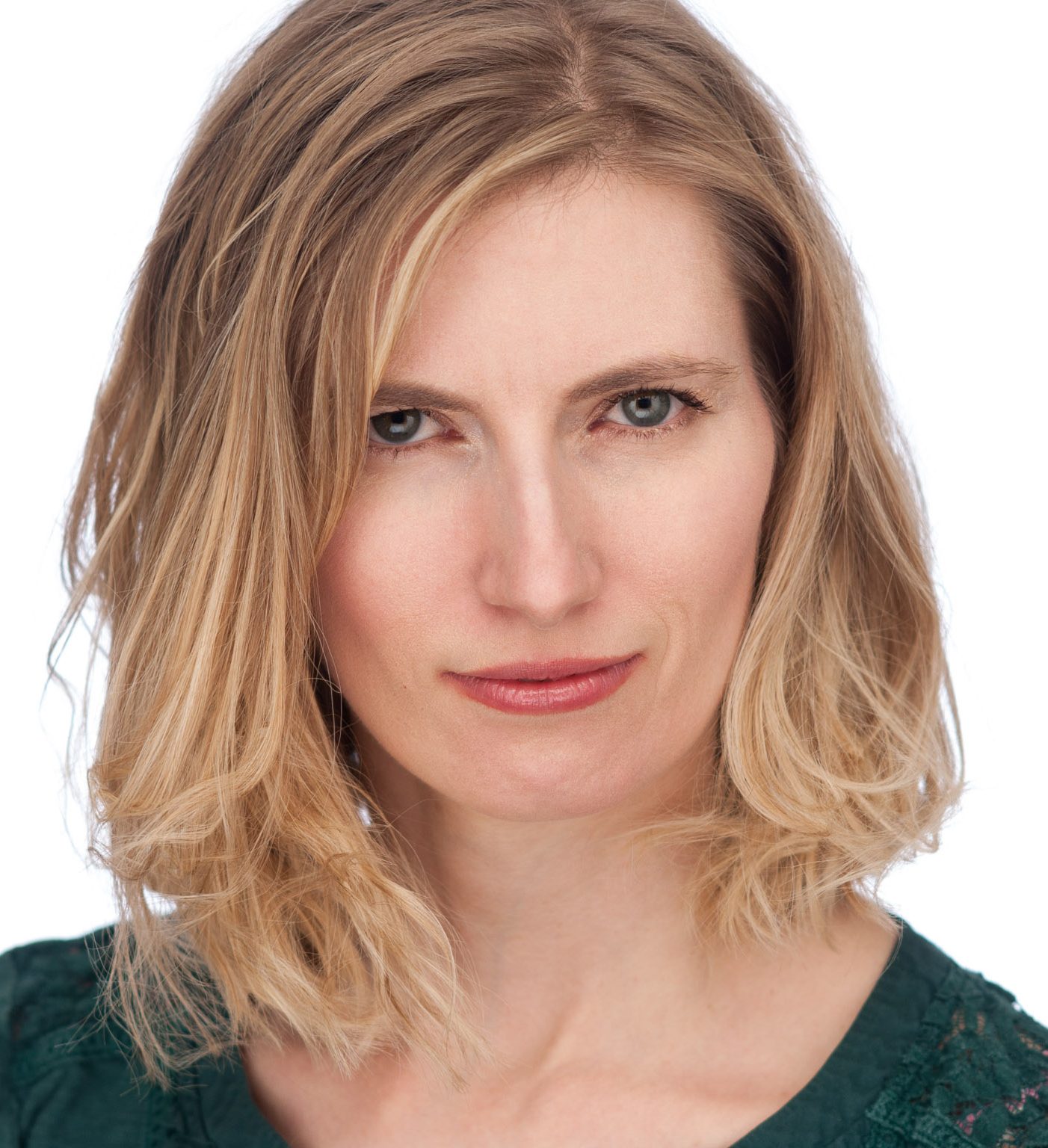 Aimee Bee Inc
Aimee Barnes is the owner and artistic director of Aimee Bee Inc, her voice studio in Alexandria, VA. Her private voice students have been accepted at top-tier university musical theatre programs, placed in national vocal competitions, and played leading roles in professional, community, and school theatre productions. She has taught and directed musical theatre at programs across the country including Lake Dillon Theatre Company in Colorado, PeachCraft Studios' Musical Theatre Conservatory in New Jersey, and the Emma Willard School in New York. A Phi Beta Kappa member, Ms. Barnes graduated magna cum laude from American University with her degree in Music Theatre. She has continued her education with summer pedagogy workshops at Boston Conservatory, Shenandoah University, and Broadway Teachers Workshop. Favorite performance credits include Woman #2 in Songs for A New World, Paula MacFadden in The Goodbye Girl, Yellow Girl in Shout! The Mod Musical and Woman #1 in I Love You, You’re Perfect, Now Change. In addition to musical theatre, she has been a featured singer in concerts, cabarets, and recordings.
Scroll To Top